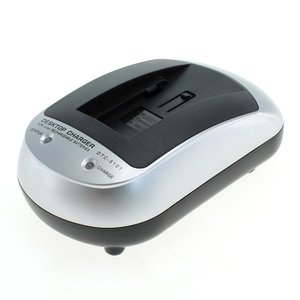 NB-5L charger produced by OTB for Canon. Indicator lights tell you whether the battery is charging and when it is fully charged.