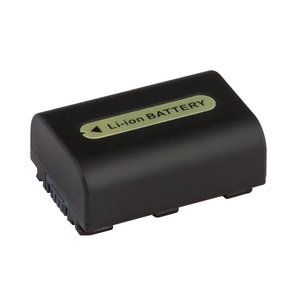 Rechargeable NP-FH50 battery produced by DSTE for Sony. With an extra set of batteries you will never miss a shot anymore. Between charges this battery lasts a little longer than the original battery, without detrimental effects on your camera or charger!

Why does Sony advise against using third party batteries?
Various camera brands recommend their customers not to use batteries made by third party suppliers. By doing this, they hope to sell more of their own (expensive) batteries. KameraMarkt's batteries comply with all European requirements. The quality of our products is confirmed by the large amount of positive customer reviews on the internet and the long warranty period we offer. Since KameraMarkt started selling batteries in 2013, our batteries have not damaged a single camera or charger.